Situated on one of the most beautiful islands in the world, the University of Hawaiʻi Maui College is an accredited college that offers three bachelor of applied science degrees, a wide variety of associate degrees and certificates, as well as distance learning degrees through its UH Center on campus. UHMC is accredited by the Accrediting Commission for Senior Colleges and Universities of the Western Association of Schools & College.

With small class sizes, a low student to faculty ratio, math labs and career counseling, UHMC students enjoy personalized, individual attention and the support they need to be successful in school and their future careers.

UH Maui College: We will prepare students to respond to emerging challenges in their lives, communities, and the world through compassion, leadership, problem-solving, and innovation.

The faculty and staff of UH Maui College aspire to embody the following Core Values through their work serving the educational needs of students:

To qualify for graduation, students demonstrate the following abilities at a level of rigor appropriate for their degree: The College is an outgrowth of the Maui Vocational School established in 1931. In 1958 the Department of Public Instruction authorized the name change to Maui Technical School, denoting an upgrade of vocational education to a technical level. In 1964, the Hawaiʻi State Legislature enacted the Community College Act establishing a statewide community college system under the University of Hawaiʻi. Maui Technical School was incorporated into this system on July 1, 1965, and transferred from jurisdiction of the Department of Education to the University of Hawaiʻi. 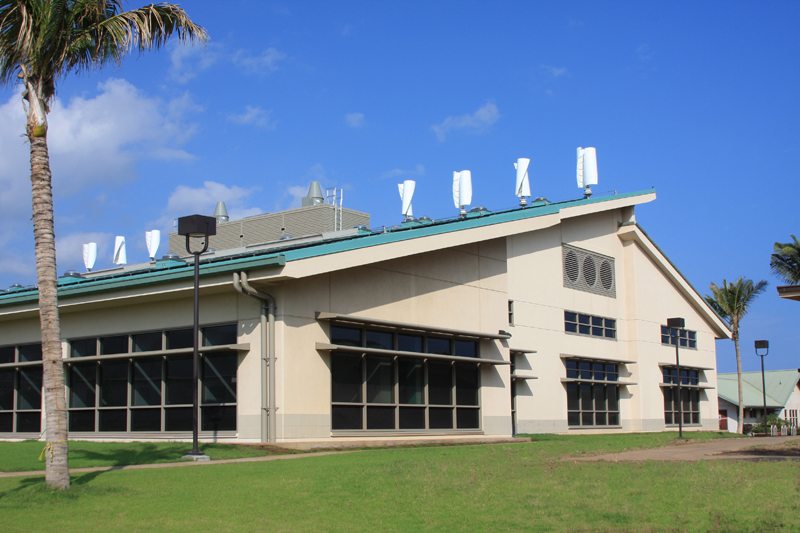 The science facility Ike Leʻa opened in the Spring of 2013.

Fall 2003, Maui College opened its culinary arts facility and began its Maui Oral Health Center in Kahului. Since 1995 five new classroom and computer lab supporting buildings have been added to the campus: Ka Lama, Kaʻaʻike, Kupaʻa, Laulima, and Paʻina, and Ike Leʻa, a new $26 million science facility,  opened its doors in the Spring of 2013.

Monday – Saturday: 6am – 10pm
Sundays & Holidays: Closed unless there are special events.