What if there was an app that could find someone near you to give you a ride? That could get you home safely after a long night of…studying? Many of us who have been deprived of a city (or the mainland in general) for the past 7 years may not realize that this does indeed exist! 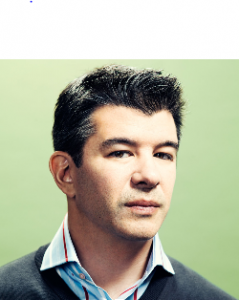 Back in 2009, a few San Franciscans had an uber cool idea (pun intended).  People in need of a ride could be connected with independently contracted drivers, who would offer them safe transportation at an affordable rate. After it took off in many major cities, Uber began to spread across not only the nation, but the globe. With strict safety standards and extensive liability coverage, Uber has now become a revolutionary way for riders to get from point A to B, simply alerting the nearest driver of their location and then paying for the ride all through an app with a linked credit card.

Once you have downloaded the app, the pickup is easy: choose a location, request a ride, and you’ll be given your route and an estimated time of arrival. Along with that, your driver’s profile will pop up, showing their name, picture, ratings, car, and license plate. Through careful background checks conducted by Uber, rest assured that your driver will not be a person out of a Taken movie.

Uber drivers also have their own system, the Uber partner app, which allows the driver to “go online” and make their availability known to riders in the area. There’s also a built in navigation system for the driver to refer to, showing them the quickest and easiest way to get you to your destination.

The cashless transactions make driving with Uber safe and easy, and through the app there is a record of all riders, drivers, and their experiences with each other. Drivers can rate their riders and vice versa, assuring that both parties will continue to stay safe using the Uber system.

If this sounds like something you’d like to try, either as a rider or a driver, you’re in luck. Maui is now Uber-friendly. Clarissa Logsdon, 21, is a graduate from UH Maui’s culinary program, and also one of their newest drivers. While she still works at our Sugar3 coffee stand, tirelessly saving us with the magical wonders of caffeine, she has decided to take on a second job in which she is her own boss.

Why Uber? She can make her own hours, earn some extra side money, and of course please the eyes of passersby with her brand new Kia Soul. Becoming an Uber driver took her about two weeks, although she noted she could have done it even sooner if she wanted to.

Yet to have her first rider, Logsdon is eager to test out her new job. “I’m nervous for my first rider,” she said. “I’m excited to try it!”

Although Logsdon did express small concerns, she said she isn’t too worried about the wrath of Maui taxi drivers. Since Uber’s start up, taxi drivers across the board have become frustrated with their competition. “Uber is vaporizing the taxi industry,” as put by Business Insider in a report last fall. Lower pricing and efficiency has led many taxi drivers to despise Uber, or in many cities such as New York, they are jumping ship (or car?) to become Uber drivers themselves.

Because Maui is still a fairly small-town environment, Logsdon doesn’t feel the need to fear their hostility. “Most of them are aiport taxis,” she said. She respects the fact that it’s their home field. So in other words, when it comes to the airport, she’ll be steering clear.

If you find yourself without a ride, maybe give our barista Clarissa a little business! Just download the free app and request a ride, and Uber will show you its nearest driver.

Interesting in becoming an Uber driver? Check out their website: www.uber.com. Keep in mind that you must be at least 21 years of age, have 3 years of driving under your belt, and a car of the year 2000 or newer, among other specifics.

By Aidyn Wright / No Comments

The Beauty of Hand-Me-Downs