Inspiring Creativity In All The Right Notes

Ho`oulu > News > Campus > Inspiring Creativity In All The Right Notes

Inspiring Creativity In All The Right Notes

Standing tall with black boots, square-rimmed glasses and a wide smile, Karyn Sarring is a positive force to be reckoned with at the music department of UH Maui College. 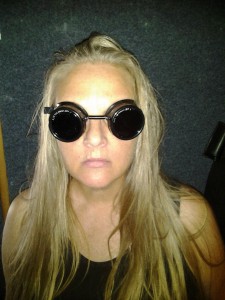 Check out these glasses.

“There’s such a great joy when people can feel creativity flow and be in a space where they won’t be ashamed for it or ostracized for it…because it should be a joy,” she said.

This is exactly the kind of atmosphere that surrounds Sarring’s classrooms and teachings of piano, voice, world music, theory, popular and rock classes at the UHMC music department where she has been inspiring students to explore their creative side for over ten years.

“With teaching it’s like something is being channeled through me,” Sarring said. “I know it’s a common cliché, but I just learn so much from my students.”

Sarring’s passion for music began at an early age when her family moved from the East Coast back to her hometown outside of Chicago. They had enough space for one of the three pianos they owned and brought it along as they made the long road trip in her dad’s old woody sedan.

“I was always cleaning and tuning the pianos with my father in our basement,” she said. Being around the instrument she naturally became interested in it.

So, at the age of five, Sarring began taking piano lessons with support from her parents. By the time her piano teacher came back for her second lesson, she had figured out all of the notes on the piano as well as how to play with both hands and sing at the same time. She went out and bought sheet music to her favorite song, “Love is Blue,” and started playing it, blowing her teacher away.

“I always sang when I played,” Sarring said, “I would go out and buy records to my favorite songs and listen to them intently trying to figure out what the words were so I could sing along.”

In high school, her counselor urged her to study science and math after she scored high on exams. She attended the University of Illinois, where she started off majoring in food science with a minor in music. But she said she just couldn’t do it.

Sarring said she would make trades with her lab mates so they would do her chemistry work for her. “And then I realized that I really didn’t like it,” she said. “It just wasn’t for me.”

After realizing she didn’t want to pursue science as a career, Sarring began asking questions around campus. She learned that the University had a new create-your-own-degree program and Sarring knew that was for her.

“None of my siblings had any interest in music,” she said. “The rest of my family were all very mechanically minded; engineers, doctors, lawyers, but for some reason, I was really musically minded and that’s what I wanted to focus on.”

Sarring wrote up a proposal for an arts management degree and got accepted as one of the first Bachelor of Arts degrees in the country.

She self-produced workshops in college and worked with many organizations such as the Chicago Symphony. By age 23, Sarring was running an arts organization and supervising 450 people while singing and playing the piano on the side.

“I had reached my goal of running an arts organization,” she said. “Something I thought I wouldn’t reach till I was 40…so now what?”

Sarring began pursuing singing with greater passion, getting involved in all types of music.

“I sang everything… musical theatre, reggae, rock n’ roll, folk, Christian music,” she said. “For about a year I sort of threw myself into a new style of music just to learn how to do it and perform it.”

In her early 30s, Sarring says she truly found what she liked and it seems like that was when her inner teacher came out. “I realized I was always on the side helping people,” she said, “and that’s what I liked.” Sarring ran a vocal studio teaching and coaching all walks of life. She provided guidance in the form of vocals, back up singing, and written music for musicians on the rise.

Sarring met her husband while working on a panel for a music label and they connected over their mutual passion for music, each able to compliment the others creative skill. They moved to Maui together and the University of Hawaii connected with Sarring and asked her to teach in the music department. 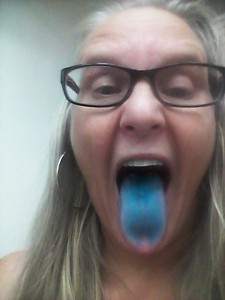 “The creative arts, playing piano, drawing, singing… it’s an outlet for expression in our lives and that’s why we have it,” she said. “It’s important,”

Sarring talked about her teachings and how she strives to create an environment where people feel welcomed and free to express themselves creatively.

“For the longest time teachers thought that music and creativity takes you away from the classroom, but it doesn’t, I don’t agree with that,” she said. “I believe that music is healing and I think that we’re beginning to rediscover the importance of it.”

This belief of the importance of creative expression through the medium of music permeates Sarring’s everyday attitude. It’s hard to be around her and not find yourself smiling and feeling inspired by her incredible outlook and positive messages.

Just like music, Karyn Sarring has the remarkable ability of being able to shift the moods and attitudes of people who are around her.

Find Your Voice: A Look Inside a Toastmaster’s Meeting

Profits Over Planet AND People?