The Life of a Future Hollywood Director: Sebastian John

The Life of a Future Hollywood Director: Sebastian John 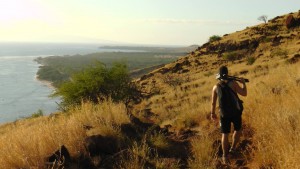 It was when Sebastian was nine years old. While playing a game called “Risk” with his friends (in which players try to conquer the world in the 18th century), he came up with a short war scene while playing it.

That moment was the first time he was truly inspired by something, but he did not know what it was called.

He told this to his father, who said, “That’s called directing, my son.” John replied, “Then I want to be a director.”

He never knew exactly what a director is or what they do. The only thing he knew was that he wanted to write his ideas and put them on screen—and this was where it all started. As John got older, he had more ideas for movies and he started writing some of them down. After a while, he came up with scenes but he never had a full script written until he was 20 years old.

After many years of writing the little stuff down, he thought that he was doing the wrong thing. People around him were aiming to be a doctor or lawyer or an engineer. Reality came into life and John stopped following his one and only dream. He told himself to be become a teacher or a lawyer or an engineer. He had so many ideas in his head, but he actually did not know what he really wanted to do.

After finishing high school at the age of 19, time stopped and John asked himself: “What do I really want to do?” For some reason, his dream of becoming a director turned into becoming an actor, because he really enjoyed acting during his high school years.

For his graduation present, his mom decided to take him to Maui and also Los Angeles, because the heart of film is in Los Angeles. Their first trip was to Maui, before heading to Los Angeles.

John met a family in the hotel they were staying in right before flying to Los Angeles. They told him not to go to Los Angeles, because it was dangerous and city life is too hard for some people.

But he went anyway, just to experience the city life.

John’s trip in Los Angeles was a disaster. “I was really terrified of the city life, I didn’t know where to go, what to do or even where to start,” he said. Then he decided that Maui was the place he wanted to be.

When he came to Maui, he decided that he wanted to stay here, go to school here, experience life on an island away from everything—hoping that this big decision would change his perspective of life. When he first moved to Maui, he was always alone. “I was basically by myself. I was eating by myself, I would go to the beach by myself, I would exercise by myself,” he said. “All of those things people do with friends, I would do it by myself.”

But this gave him a lot of time to think and one night he told himself: “What the hell am I doing with my life?” He didn’t want to be a teacher or a lawyer; he wanted to follow his passion, which was acting or directing.

He then started gaining a lot of knowledge about movies by watching them, reading about movies and reading about directors. “The one great director that changed my life is Quentin Tarantino… he is my idol and always will be,” John said. Tarantino’s work has inspired him a lot over the years.

John wants to become a director, producer, writer and an actor. “I want to do the whole thing,” he said.

He started writing a lot again and finally made enough money to buy a good camera so he could start filming, directing and acting in his own short movies. Every time he would sit down and start writing, his hands wouldn’t stop. The more John wrote, the more he wanted to write. He has written dozens of scenes, but filmed only a few of them. “The directing world is never easy,” he said. “Putting something on paper might be easy, but creating a masterpiece is harder than we think.”

John is focused on one thing: to become a great writer and director. Nothing in life comes easy, of course. “I believe in hard work,” he said. “Anything is possible if you put your mind to it and work for it.”

He will be moving to Los Angeles this summer to pursue his directing career. His goal is to become a famous director and one day have his movies play all around the world.