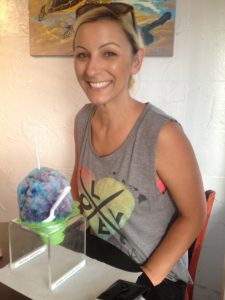 Melissa Egbert was 33 years old and lived in Lahaina.

Hearts are heavy at UH Maui College as students and faculty mourn the death of English lecturer Melissa Egbert. Egbert passed away on Saturday, October 29th, after a motor vehicle accident. Students, colleagues and friends continue to keep her memory alive as they reflect on who she was and the impact she made on their lives.

“She was very positive and just a bright light,” said Derek Snyder, English professor at UH Maui College. “If you got to see her you got a little boost from just seeing her and getting the chance to talk and have her throw you a smile.” Snyder first met Egbert when she first started working at UH Maui College. At the time she was working part time as a lecturer, teaching night classes while also working at Maui Jim Sunglasses in Lahaina. The Fall semester of 2016 was her first semester teaching full-time. Snyder recalled that even when she was working both jobs she never failed to bring energy and enthusiasm to her classes.

Snyder had the opportunity to observe classes that Egbert taught and noticed the special relationship she had with her students. During a peer review exercise in the class Egbert moved around the classroom speaking with each student individually. “It wasn’t a teacher student type of dialogue,” said Snyder, “It was really just person to person and you could tell that she had this huge amount of respect for her students and their willingness to put it on the page and I felt that the students really fed off that and were really connecting with her.”

Egbert passed away after a motor vehicle accident on Kuihelani Highway. Joshua Apo, a Wailuku man, was fleeing from the police when he drove north-bound in the south-bound lane. He collided with Egbert’s car head-on around mile marker 4. “It’s not something easy to accept or something easy to process,” said Snyder, “At the same time I know for myself personally and professionally that I am a better person for having had her in my life, for having had her as a colleague and really having had her as a friend.” 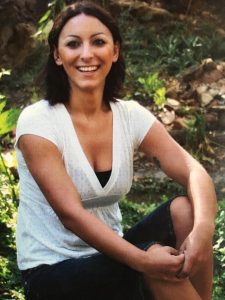 Egbert was known for her brightness and positivity.

Morgan Lapp and Jayicka J. Agasid were students in her English 209 business and management writing class. They both also noticed the special way in which she treated her students. “You never felt judged or uncomfortable,” Lapp said, “She was just awesome.” “It’s just hard when you lose someone that is so passionate about what they do and someone does it in a way that just impacts people in the best possible way,” said Agasid, “And that’s what she did.”

Lapp recalled a time where she noticed that she was applying what she learned in class to her life. While writing an email to a potential employer she noticed just how easy business writing had become. When she told Egbert about it, her face lit up. “She really cared,” Lapp said, “It was cool for me to see how cool it was to her to see us succeed.”

Egbert was the type of teacher who took assignments that could have been average and made them exciting and memorable to her students. “Out of all the English teachers that I’ve had, she was one of the more creatively passionate ones,” Agasid said, “She drove us to be who we are as writers and write with our passion and our points of views. It was something that was so refreshing and so new for me to see.”

Egbert’s passing is a tragedy for not only her friends, family, students and colleagues but for UH Maui College and the community of Maui. “I think of the impact that she made either directly or indirectly on everybody who comes to our campus and in turn everybody in the community of Maui,” said Snyder, “I think that’s the thing that in some ways has become really profound in my mind as I try and wrestle with the reality.”

Egbert’s impact and influence will continue to live on through everyone who she has touched as well as the UH Maui College community. Chancellor Lui Hokoana has started a scholarship that will be awarded in Egbert’s name to UH Maui College students in years to come. Egbert will always be remembered as the bright light, positive person and passionate educator that she was. “I can’t wait to use what she has given me,” said Agasid, “That’s how I personally hope that I can keep her passion alive.”