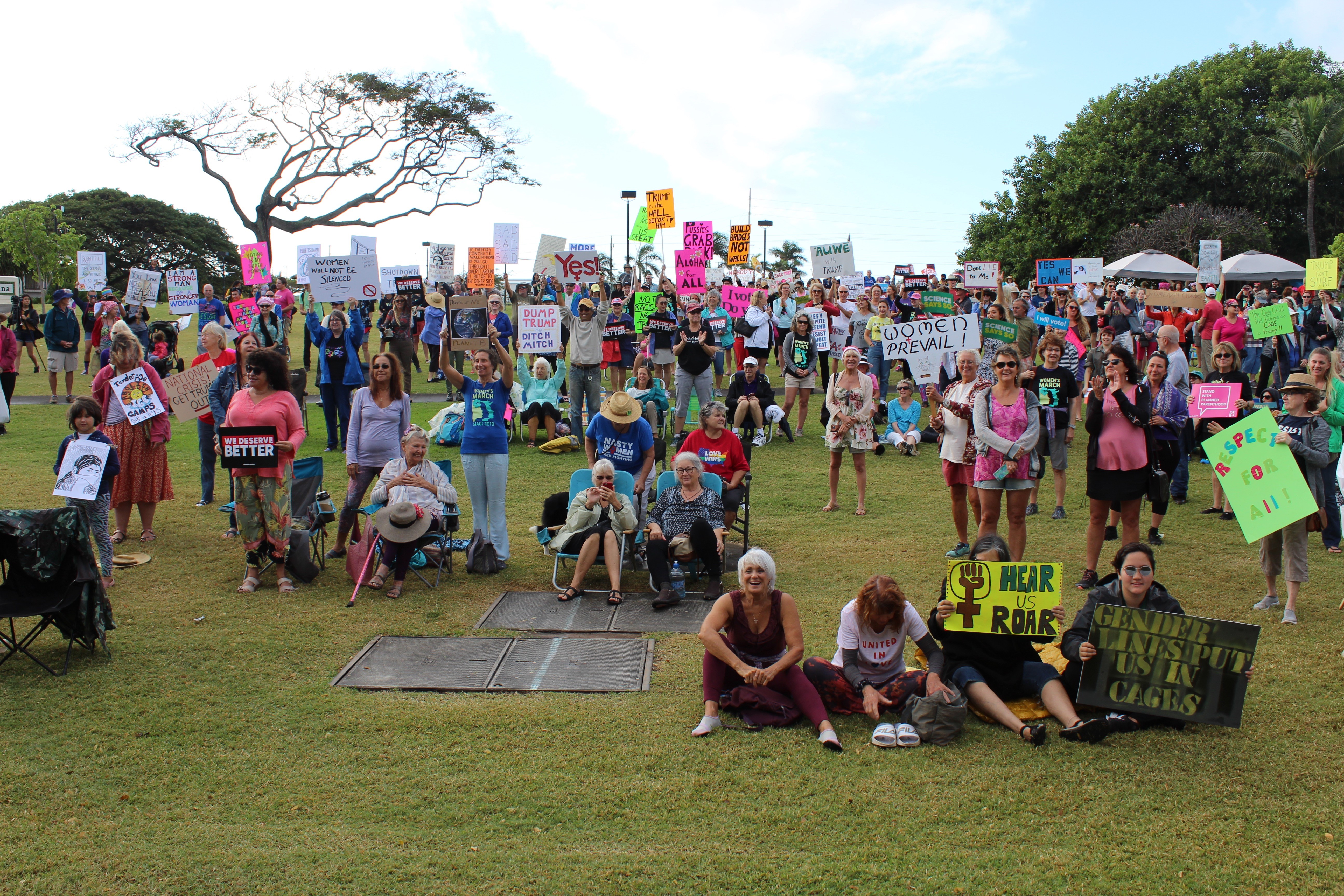 On Saturday January 19th, 2019 the third annual Women’s March Maui was held on the front lawn of UHMC. Men, women and children from our community, as well as many visitors, came down to show a united front against oppression and to celebrate diversity. Amidst the current controversies involving the early founders of the National Women’s March, the organizers of the march here on Maui wanted to make it clear that they are in no way involved with the national organization. Dr. Virgie Cantorna included in her speech that those involved with this march stand against anti-Semitism, homophobia, transphobia, islamophobia, bigotry and hate speech. Cantorna is a clinical psychologist and the co-founder of the Safe Keiki Project. 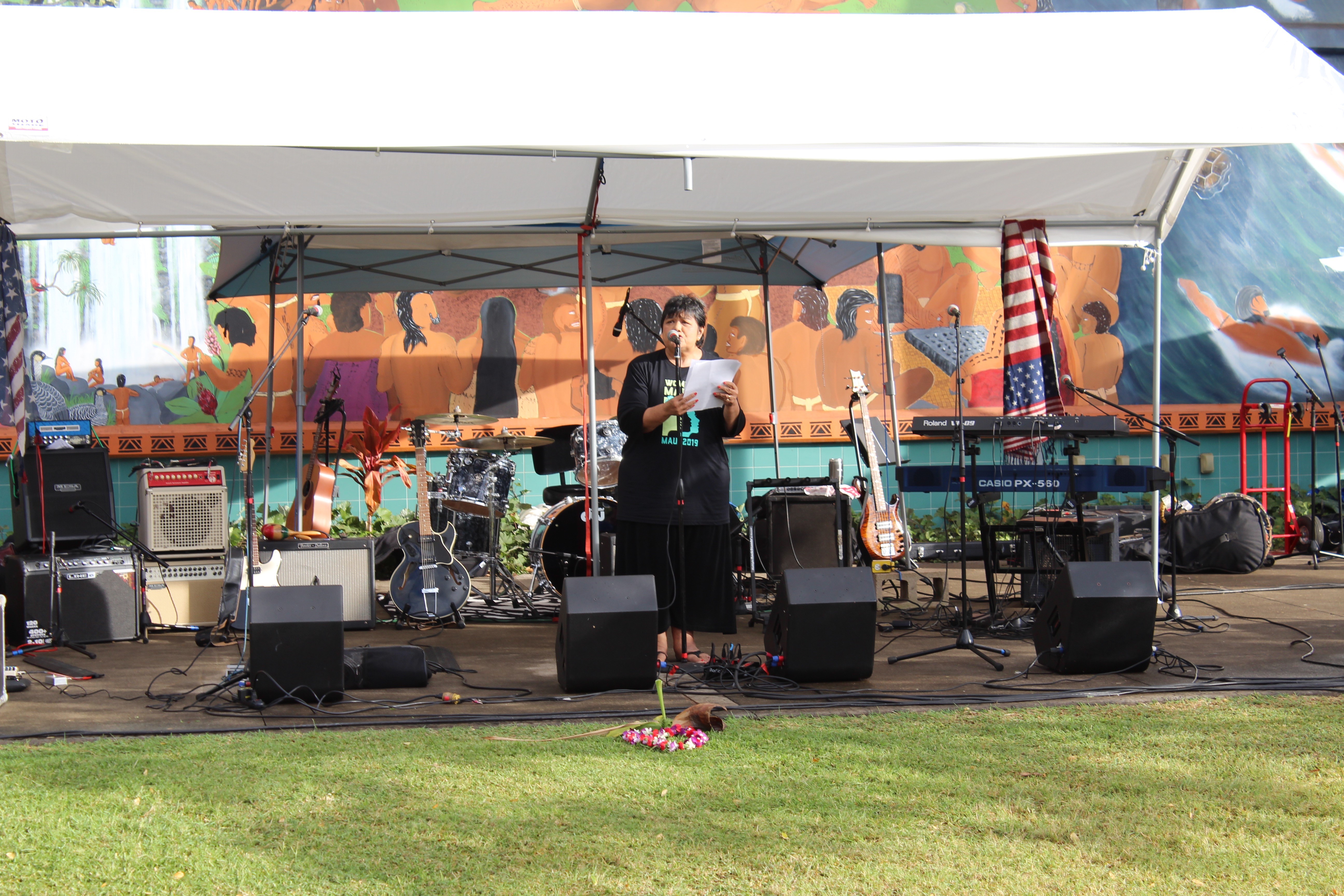 “Women have to agree on an agenda and become unified and take action.” -Dr. Virgie Cantorna

The event kicked off with a speech from Lei’ohu Ryder who is a Hawaiian spiritual leader and Kumu Aloha. Along with the moving speeches given by Lei’ohu, Dr. Cantorna and MC Kathy Collins, many musical guests appeared and shared their voices with the crowd. There were performances by Cheryl Rae, Deborah Vial, Nara Boone, Gretchen Rhodes, Eric Helmkamp, Justin Morris and Marty Dread. The music that filled the air on Saturday morning rang with empowerment with songs such as Black Magic Woman and Bob Marley’s Get Up, Stand Up. In the spirit of inclusiveness, Kathleen Cardella provided ASL interpretations during the speeches and performances.

As with any movement, there are people who disagree with the cause. On Saturday, a small group of protestors showed up and accosted the marchers. The protestors were among the Hall family who are well known here on Maui. This is not the first time they have shown up on the UH Maui campus. They have often been seen with Ruben Israel who is widely known for his aggressive forms of protest similar to that of the Westboro Baptist Church.*

The Women’s March movement began after the Inauguration of President Donald Trump and the 2017 march resulted in the largest single-day protest in U.S. history with an estimated 4.1 million people taking part. The founder of this movement is Teresa Shook who is a resident here in Hana. Many people fear that the current administration might lead to threats against our reproductive, civil and human rights. 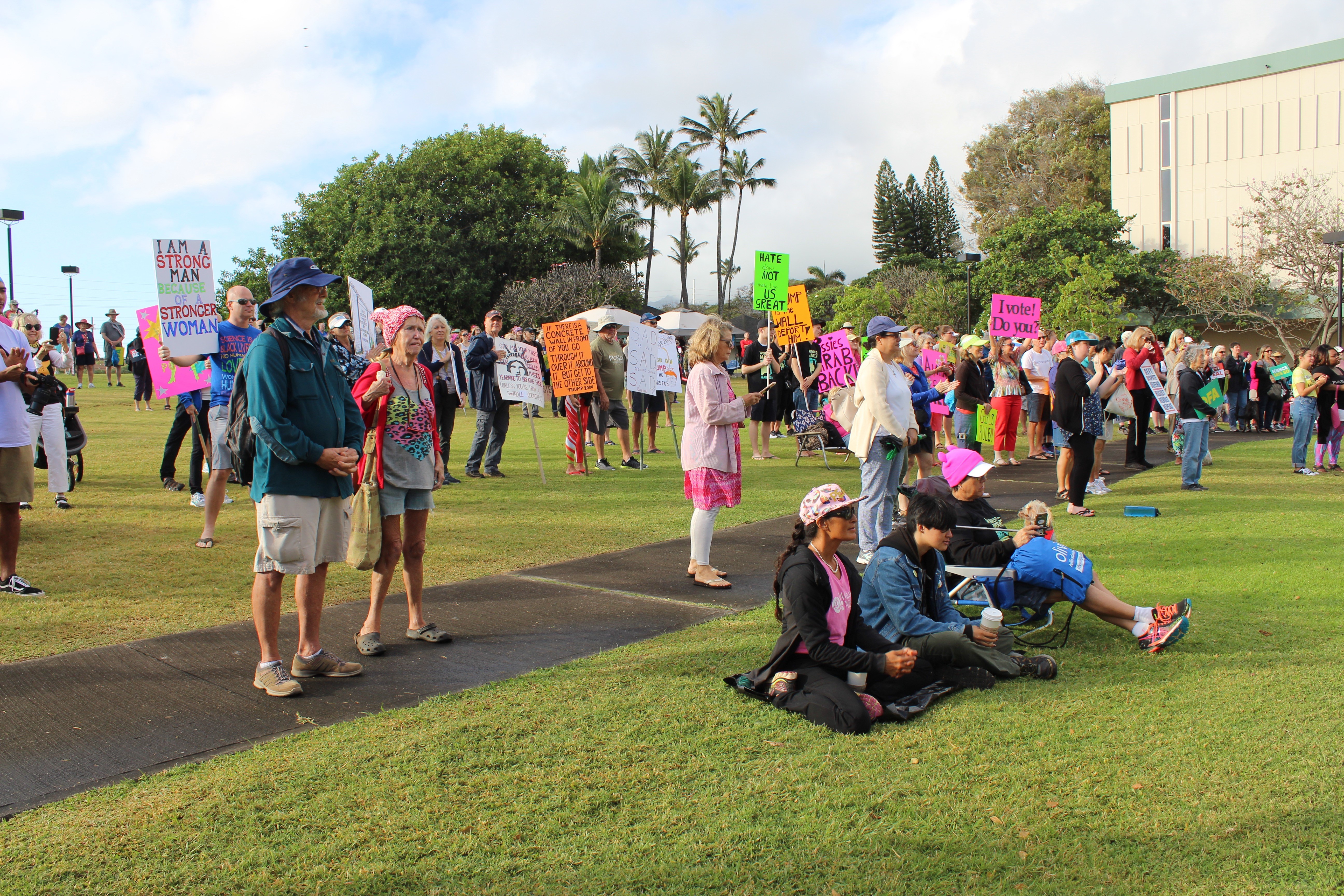 These marches happening all over our country shed some much-needed light on modern injustices. Not only injustices towards women but to all people who are discriminated against and marginalized. During these protests many issues are spoken about regarding women, including the wage gap and #metoo movement. But these are certainly not the only issues that are focused on. Other concerns that are embraced by this movement include racism, police brutality, immigration, gun violence, health care and many other glaring issues in our society.

The purpose is to encompass social change through these massive gatherings; to help people take back their own power. We all, not just the women, must put our foot down and let those in power know that we deserve better. Change, historically, starts with a voice. Voices like Elizabeth Cady Stanton and her friends in 1848 start that change. In 1920 the revolutionary 19th amendment was established, all starting with a voice that was willing to speak out for justice. The monumental march that happened in Washington D.C.  in 2017 continues the cry for equality and doing what is right. We must remember how far we have come and that if we want real change to happen, it starts with this. Speaking out is the first step towards true equality. 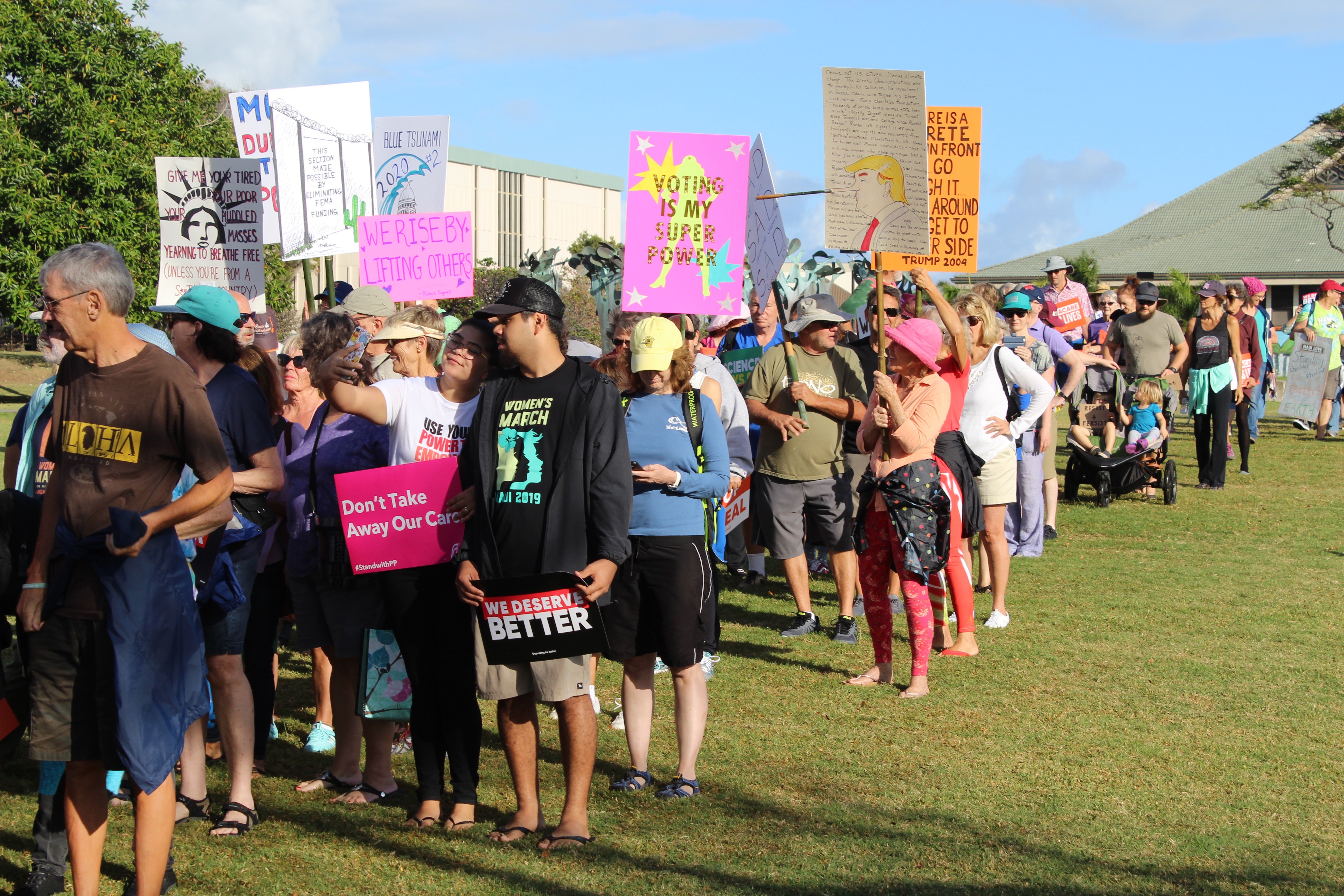