The month of March is annually proclaimed to be the month of celebrating the history
of great women from all over the world. Often the women who are focused on the most
during this time are those who are very well known, such as Susan B. Anthony, Rosa
Parks or Marie Curie. These women absolutely deserve to be celebrated for all that they
have accomplished, yet there are so many more who do not always get the attention
that their hard work warrants. 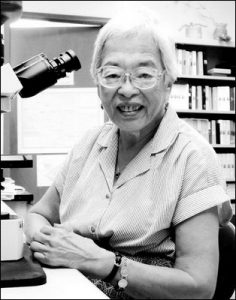 Dr. Isabella Aiona Abbott, originally Isabella Kauakea Yau Yung Aiona, was born on
June 20 th , 1919 in Hana, Maui. Her mother was of Native Hawaiian descent and Abbott
spent much time during her childhood learning about different kinds of edible seaweed.
She would often go with her mother to the seashore to collect seaweed and use it to
cook traditional Hawaiian dishes. Her love of seaweed and algae would only grow from
here. She would soon become the world’s leading expert on Hawaiian seaweeds or
limu.
By the age of 31 she had a PhD in botany from the University of California Berkeley
and became the first Native Hawaiian woman to earn a doctoral degree in the field of
science. She became a lecturer in the Biology Department of Stanford in 1960 and in

1971 Abbott became the first woman on Stanford’s biological sciences faculty. Over the
span of her career she won many awards, including the Darbaker Prize and a Lifetime
Achievement Award, and authored eight books and over 150 research papers. She has
been credited with discovering over 200 different algae species and had many of these
named after her, including a genus of the red algae family which is called Abbottella or
“little Abbott.” 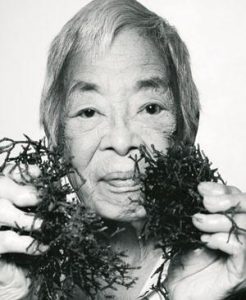 This is a woman who followed her passion and, in the process, made progress for
women everywhere. Although Dr. Abbott passed away in her home on O’ahu at the age
of 91 in 2010, her legacy continues to inspire many. On June 20 of 2016, what would
have been her 97 th birthday, University of Hawaii at Mānoa’s current Professor of Botany
led a Waikīkī reef clean-up of invasive algae species in her honor.

InterVarsity Christian Fellowship Club: A Source Of Strength And Community For All Students.

A Look back at 2019: Hawaiian Music Performances on Moloka‘i