The MACC’s Talk Story with Sean Dorsey and Guests

On Thursday, April 11th, choreographer Sean Dorsey and his dance troupe will be performing their dance routine titled “Boys in Trouble” at the Maui Arts and Cultural Center. Two nights prior to this event the MACC hosted Sean Dorsey along with local activists Hinaleimoana Wong-Kalu and Tiare Anelaokalani Kima Sua in a panel discussion regarding transgender rights and racial justice. The discussion was very inclusive and honest, and the panelists made sure that everyone in the room felt welcome. Sean Dorsey made a point to commend the MACC for having gender neutral restrooms available as well as for the support they have given to his show. 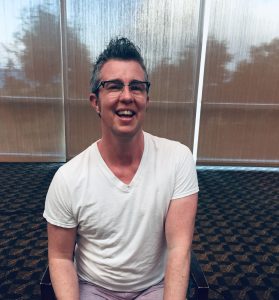 Sean Dorsey is the “United States’ first acclaimed transgender modern dance choreographer.” His works center around important and relevant issues in our society including LGBTQ+ rights, police brutality, racism and so much more. On Tuesday night he spoke about what inspired him to become a trans activist, especially through dance. He expressed how it felt growing up as a trans man and what it felt like to have an utter lack of representation in the media. He felt from a young age that activism work was his destiny and has worked hard to provide the representation that he lacked in his younger years. His dance studio ‘Sean Dorsey Dance’ was named “San Fransisco’s Best Dance Company’ by SF Weekly and his works have won many awards. He also founded the non-profit company ‘Fresh Meat Productions’ which invests in the creative expression of LGBTQ+ youth and is well known for its annual Fresh Meat Festival in San Fransisco. When speaking with someone at the panel discussion who had previously taken a class with Dorsey, he said that it was a class that all beginners should take to learn how to truly feel the music. 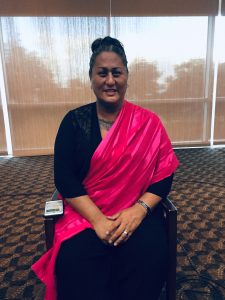 Hinaleimoana, who is maybe more well known as Kumu Hina, is a Hawaiian rights activist and devotes much of her time to keeping the Hawaiian culture alive. She has spent 11 years on the ‘Oahu Burial Council and teaches Native Hawaiian men who are incarcerated. When asked about the struggles of being a trans woman working in a political environment she said that it has not been a big issue for her personally. She stated, “If I am Kanaka first, then that’s all that matters.” An audience member asked what Kumu Hina’s advice to young trans people would be and she responded with “Hold your head high, and make sure that people around you know that you belong.” 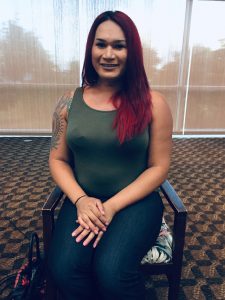 Tiare Kima Sua is a trans activist, LGBTQ+ youth empowerment educator, and a certified HIV counselor with the Maui AIDS Foundation. Tiare’s portion of the discussion was honest in a very refreshing way. She was candid about her experience with sex work as a means of survival in her younger years and how that inspired her to become an activist and educator about HIV. She said she saw many young trans girls fall ill to the disease and from there became involved with the AIDS Foundation. Both Tiare and Kumu Hina agreed that living in Hawai’i had a big impact on their transitions and that in Hawaiian culture it isn’t about what your sexual orientation or gender may be, it’s about what you as a person can contribute to society.

Having open and honest discussions like the one that happened Tuesday night are invaluable to helping the younger generation of LGBTQ youth. A study done by the American Academy of Pediatrics has shown that the attempted suicide rate in trans male teens is over 50% and in trans female teens almost 30%. It is very important for these young people to have role models like Sean, Kumu Hina, and Tiare to look up to and be inspired by.