Beyond the Lighted Window

Look up the word “sonder” and you’ll find a definition that is oddly poetic.

sonder n. “the realization that each random passerby is living a life as vivid and complex as your own—populated with their own ambitions, friends, routines, worries and inherited craziness—an epic story that continues invisibly around you like an anthill sprawling deep underground, with elaborate passageways to thousands of other lives that you’ll never know existed, in which you might appear only once, as an extra sipping coffee in the background, as a blur of traffic passing on the highway, as a lighted window at dusk.” 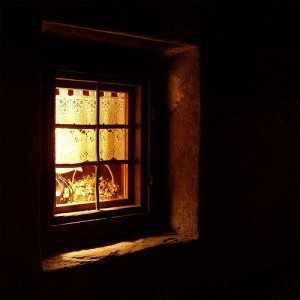 Sonder is a word conceived by John Koenig as part of his Dictionary of Obscure Sorrows, a collection of made up words to describe feelings that are otherwise difficult to express. It highlights an important aspect of human awareness that is very hard to grasp: the understanding that all people in this world are experiencing a life as real and complex as your own. It is an understanding that goes beyond empathy, which is the ability to understand and share the feelings of another. What Koenig is really getting at is that you can never be in another person’s head – never see their story from their perspective. There’s a sorrow in that.

Yet, there is an approach to surpassing this problem: through fiction.

For millennia, people have been using fiction as a means to communicate experiences, events and ideas. All fiction is imaginary. It’s made up, unconstrained by actual events and people. This allows the writer to be completely flexible in telling a story.

This flexibility permits the writer to tell the story through any perspective they wish. Through fiction, the audience can experience the American Revolution through the eyes of an African American kid, or see through the guilt-ridden mind of a murderer who has evaded being caught. Fiction enables the audience to connect to the consciousness of another person and experience their lives. We can peer into their wildest dreams and view their deepest thoughts.

It’s sort of ironic that fictional characters are just that – fictional. We can never substantiate their existence, because they don’t actually exist. Despite this fact, they are the perfect ciphers for understanding the nebulous enormity of the human condition. They allow us to connect to others and understand what it means to be human by inhabiting their lives. We see their joys and sorrows, their trials and tribulations.

That is perhaps what makes some of the characters in books, movies, and the like so popular – they are relatable. In spite of all the magic and fantasy of the Harry Potter series, it is the characters that make it such an enjoyable and remarkably profound story. It is easy to relate to Harry, because he thinks and acts like a normal teenager. He has some tough trials, he experiences grief and anger, but at the end of the day, he just wants to spend time with his friends and get through school. Many high schoolers can attest to the problems of dealing with mountains of homework and getting in squabbles with friends, and many people also know what it feels like to lose a loved one or deal with depression. The fact that he is a wizard just makes him a more interesting character.

Literature is the oldest form of fiction there is, and unlike other media, books face the challenge of conveying the thoughts and emotions of characters without the use of video or auditory indications. Through the use of devices like the metaphor, people can accurately describe thoughts and feelings in a way that is grounded in reality. It is this use of physicality to describe inexpressible concepts that makes literature such a fundamental tool in defining the human experience. Books make it easier to understand the lives of other humans by translating a character’s thoughts and feelings into something familiar. As author John Green puts it, “Books give us the faith that others are real, that their joy and pain should matter to us, and that ours can matter to them.”

Amidst the rush of the world around us, the tedious routine, the events and problems born ceaselessly into our lives, it’s easy to get wrapped up in our own existences, forgetting that there are billions of others in this world with their own stories and perspectives. Fiction can teach many things. It can teach us about morality and discipline and social structure. It can change our understanding of the world and present us with new ideas, teaching us how to think in new and creative ways. Most importantly, though, fiction teaches us how others think. It shows us the interconnectedness of our realities; that each person, regardless where or when they live, has the same capacity to reason, to feel, and to observe the world as we do.

It is hard to understand another person’s life without physically slipping into their consciousness. This lack of understanding can lead to ignorance and misconceptions. “A man who’s warm can’t understand a man who’s freezing,” as written in Alexander Solzenitsyn’s novel, One Day in the Life of Ivan Denisovich. There is no way for one person to know how another person feels, without being in their skin. However, through fiction, this gap can be bridged, allowing one to see past that lighted window at dusk, and watch a story unfold that is entirely not their own. And that’s no sorrow.

I highly recommend watching Koenig’s video series, The Dictionary of Obscure Sorrows, which can be found on its own page on YouTube.